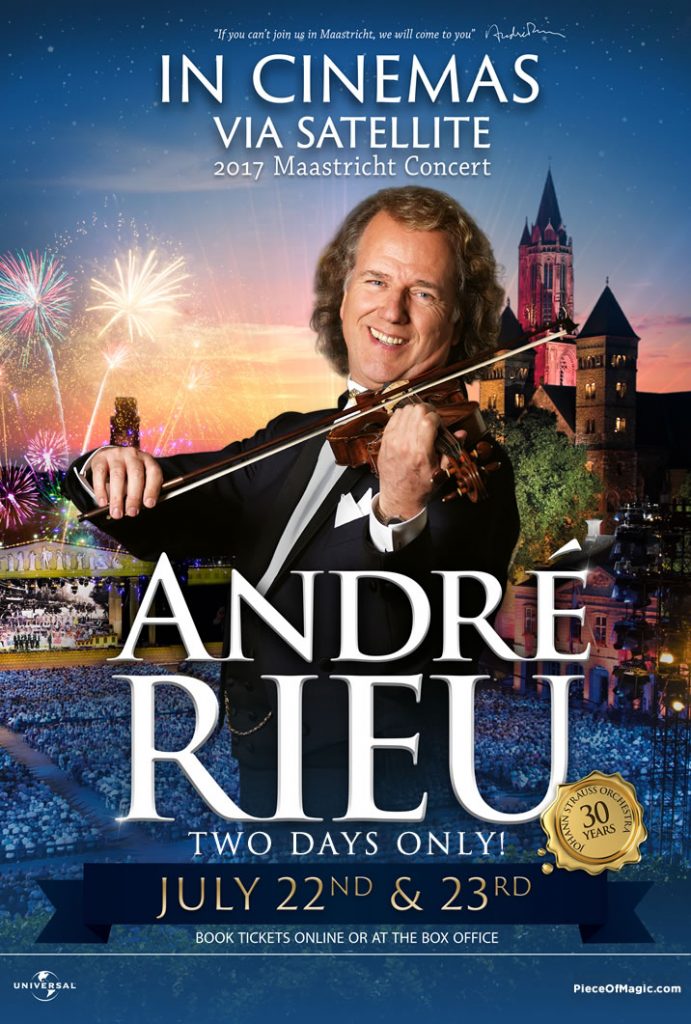 Andre Rieu 2017 Via Satellite from Maastrich at Carrick Cineplex

We will be showing Andre Rieu’s 2017 Maastricht concert (Via Satellite) at Carrick Cineplex, July 22nd & 23rd.

Known to millions as ‘The King of Waltz’, André Rieu is one of the world’s most popular music artists. His legendary annual Maastricht concert is the most eagerly anticipated cinema event of the year, last year setting new box office records in several countries. Set against the stunning medieval backdrop of the town square in André’s Dutch hometown, the spectacular Maastricht concert features the maestro in his element, along with his 60-piece Johann Strauss Orchestra, sopranos, tenors and very special guests. Advance booking is highly recommended.